We had decided to escape the summer heat from the city, heading off to the small island of Aegna, which is close to Tallinn and considered to be part of it, meaning that the public transport which carries you at a sea length is free for city residents.
While the number of our trips there is growing, it’s still hard to believe you’re on board for free.

Well prepared I was cycling to the harbour while my travel mate came by tram.
We occupied promising positions in a queue. The captain started calling ticket holders first and soon the boat was full. All those without tickets were left in the harbour and so were we. Our promising positions this time brought us nothing, but the lesson to buy tickets for weekend plans, as you are not the only one being called by mother nature.

Our queue started to dismantle, and some parts of it happened to find another boat.
The image of an upcoming night at home, in bed, dashed us right next behind them. Here we were, another queue, another boat, another island, just behind the imaginary city border.

To be honest it had been on our “visit someday list” for a while, as we were quite spoiled by the public transport benefits and Naissaare was just behind Tallinn city’s border.

The yellow boat, a few cyclers, a few couples, including us. As we were moving forward, my inner map was collecting data, comparing it to all other islands, all other seas ever explored before.

An Estonian girl welcomed us. While she was tying our boat, her uplifted voice awakened us and prepared us for landing. As we later got to know, she was originally form Muhu island, spending her summer working in Naissaare’s harbour, officially affected by Naissaare’s “virus”, a virus that we suspected we would get soon too.

Examining the island map display stand, I felt my legs getting wooden and slumped on the bench, found just behind.

Where was my tiny little island cosy as bear ear, where I could spend nights of well balanced wilderness, mornings eating warm porridge, drinking cappuccino from my beloved barista hands.

Damn, this is not what I was expecting.

Night time was approaching and we chose the right side of the island.

On camping sites we found many ants and moved a bit forward.

We started to built our camp from things we found, some tables, benches – goods existing everywhere around, shared, moving, coming back to their places, nobody really cares as things cannot escape the island.

I took my bicycle, which helped to explore things and wave our cosy net faster.

Relief sneaked into cells, and we were choosing our routes to explore. 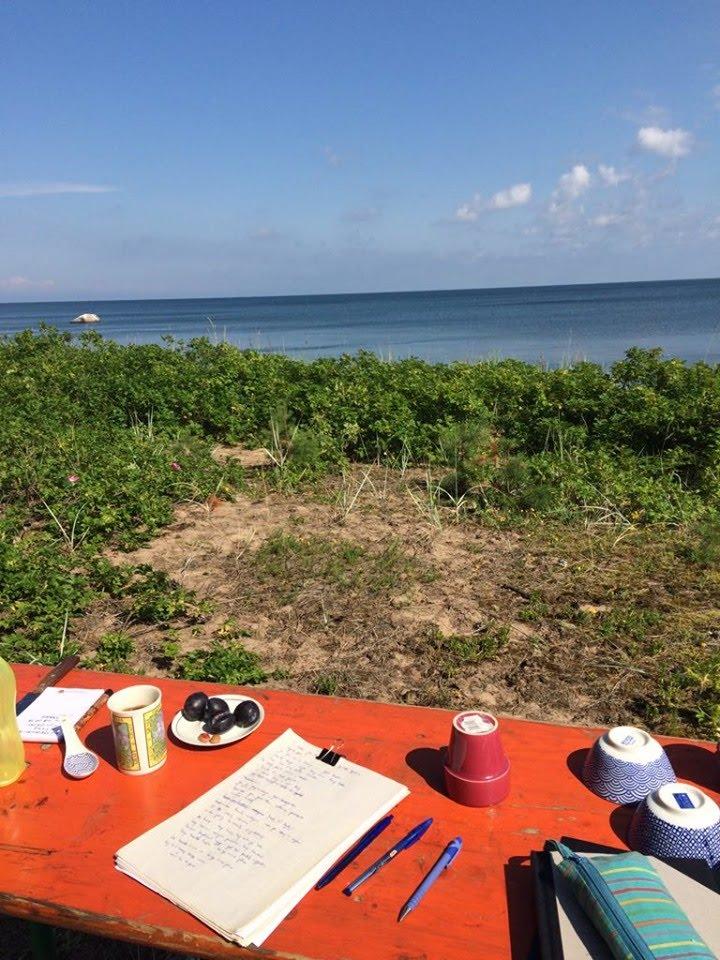 I went to the Danish garden.

An abandoned garden, that encapsulates the spirit of the time it was planted, when it was prospering with bambies wandering around. Reminiscence of wonderland or, at least to my mind, wonderland happening at the very present moment.

Another day, or the day after, time goes spotlessly in the island, we chose to explore the left side, western side, of the island.

We ended up sitting in the church listening to the priest. After prayers we went up, on the second floor we found the bell and the room where the priest lives, must say that I had never interfered with such noble privacy, what a delight. 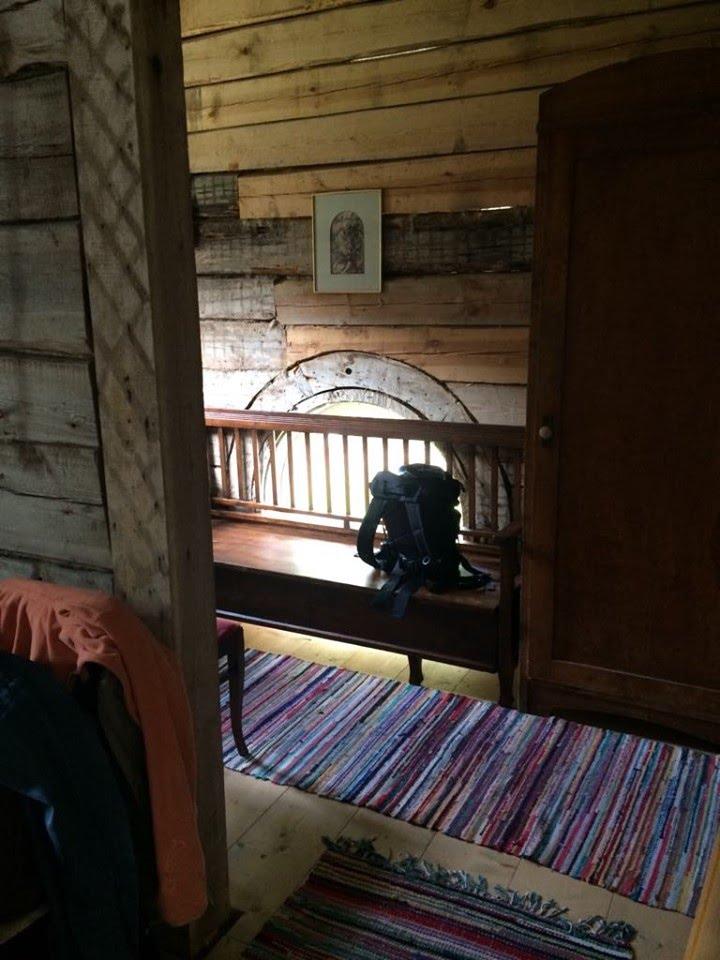 Another day, or just one day, we explored existing island paths. Everywhere you go old railways, tombs, bustles imagination, it was in use when the island was inhabited by the Swedes and afterwards served war needs.

I prefer time traveling to peaceful times, when locals were going to church, to the harbour, to the cemetery, to meet each other. On harsh winters, lighting candles, staying at home. And when the sea would be covered with ice going on foot to Tallinn to buy some Marzipan. 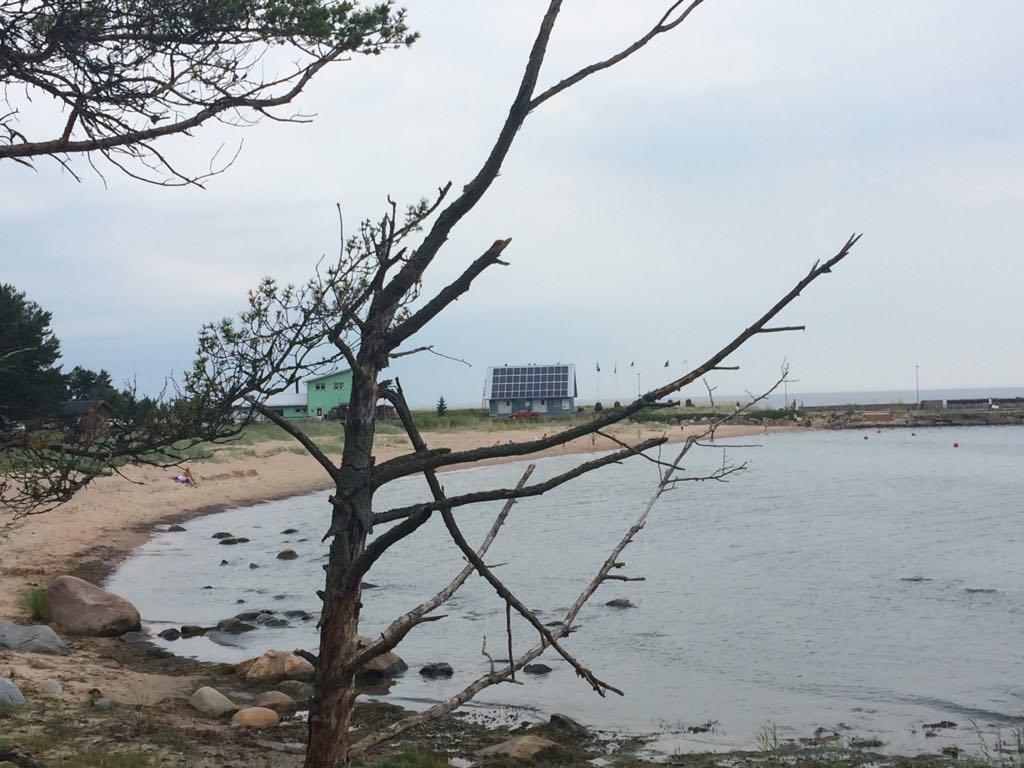 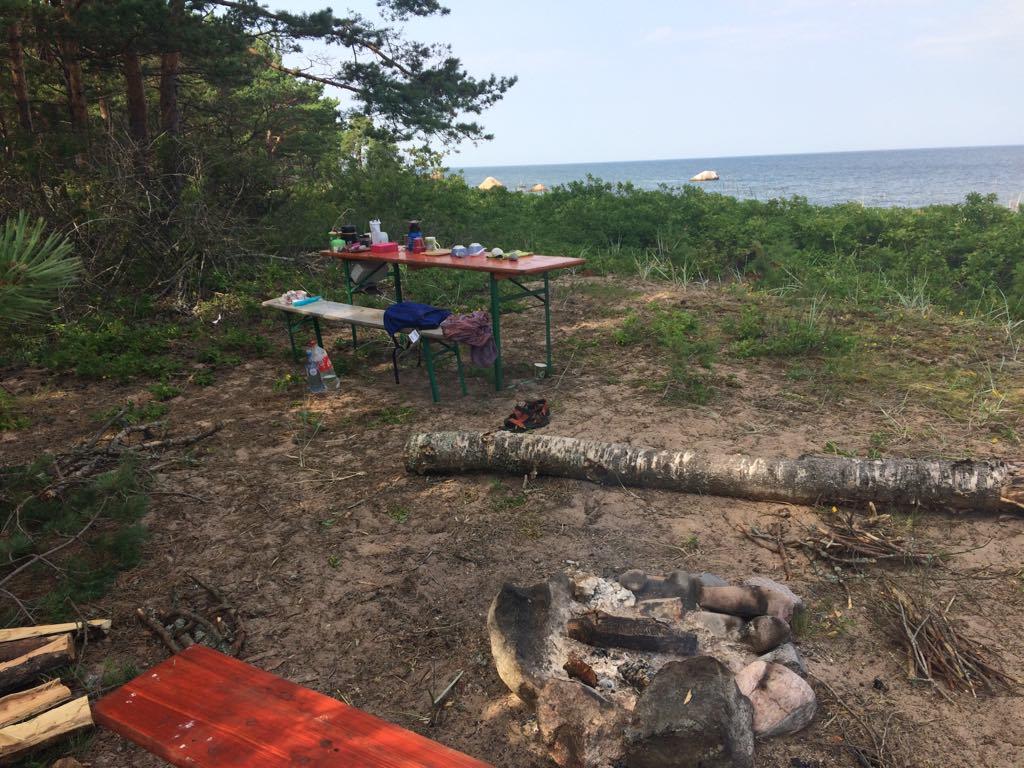 I remember the blackness of the soil in the mist of the evening, in the middle of the forest.

How blueberries coloured lips and fingertips.

How waves washed the rain and the opposite. 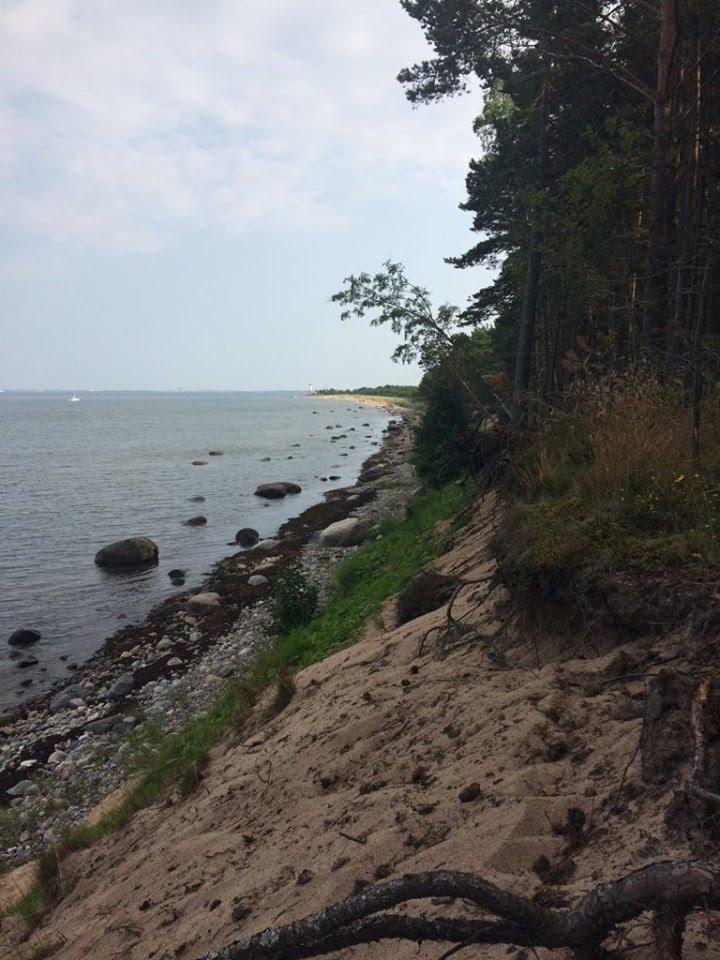 Let it be a never-ending story, back and forth to the continent and the island, crossing lengths of sea on hot summer days, to be welcomed by the girl from Muhu island, after all now we’re forever connected, as she should take credit of us being infected with a special virus: “Naissaare“.

This article was written by our member Akvile.

2 Replies to “Naissaare, the island of women”