One early November Friday me and my friends Victor and Livijus decided to ignite our travel sparks and head South, from Tallinn to the northeast of Latvia. There through the mysterious land of moss swamps and birch tree forests runs a narrow-gauge railway built in 1903 from Stukmani to Valka. Now Banitis is the only one of its kind in the Baltics that still remains in regular operation, leading from Gulbene to Aluksne.

We all met in Tartu and from there continued to Otepää, the winter capital of Estonia famous for its cross-country skiing resorts, and then to Võrumaa, the southernmost part of Estonia bordering with Latvia. It is a region with rich cultural heritage, a great number of lakes and wild forests, in the midst of which lies Suur Munamägi, the highest peak of the Baltics reaching humorous 318 metres above sea level. 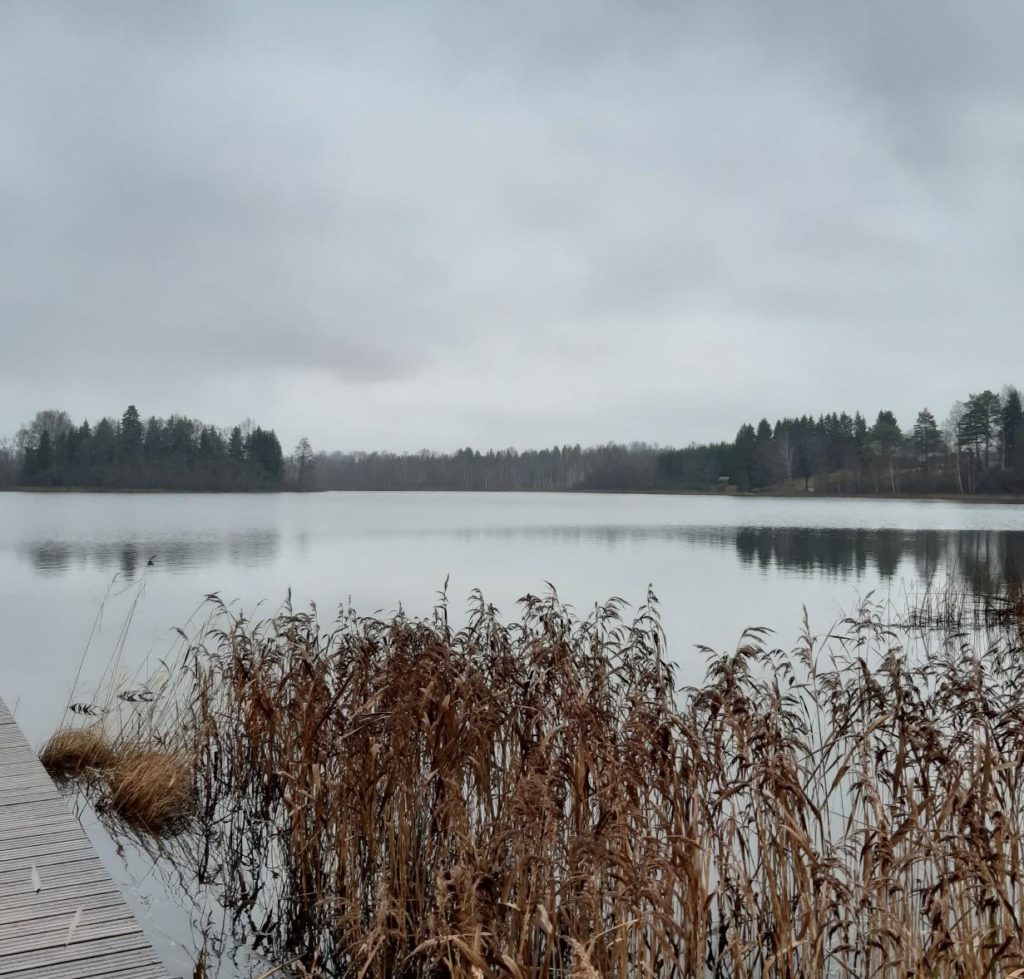 On the way there, it was getting dark and gloomy. Passing through dense tufts of fog lighted up on the road, we felt like passing through ghost-like creatures crawling from the depths of surrounding forests. Fortunately, we were brave enough to survive that foggy night in an old wooden house by a lake and early in the morning we set off to Latvia.

Around noon we finally reached the railway station in Gulbene. The train was already there waiting for us – a black locomotive with wood and water supplies and a majestic chimney gushing out steam followed by three wagons. We sat by the window and once in motion, indulged in watching the landscape passing by, resembling sceneries from ancient folk tales. Spirited wagon crew served us traditional Latvian fruit wines and liquors with cheese, berries and curd snacks. All people on board were in good humour until we were given garlic cloves to eat for a change. To Victor’s amazement and slight disgust, me and Livijus ate one or two. 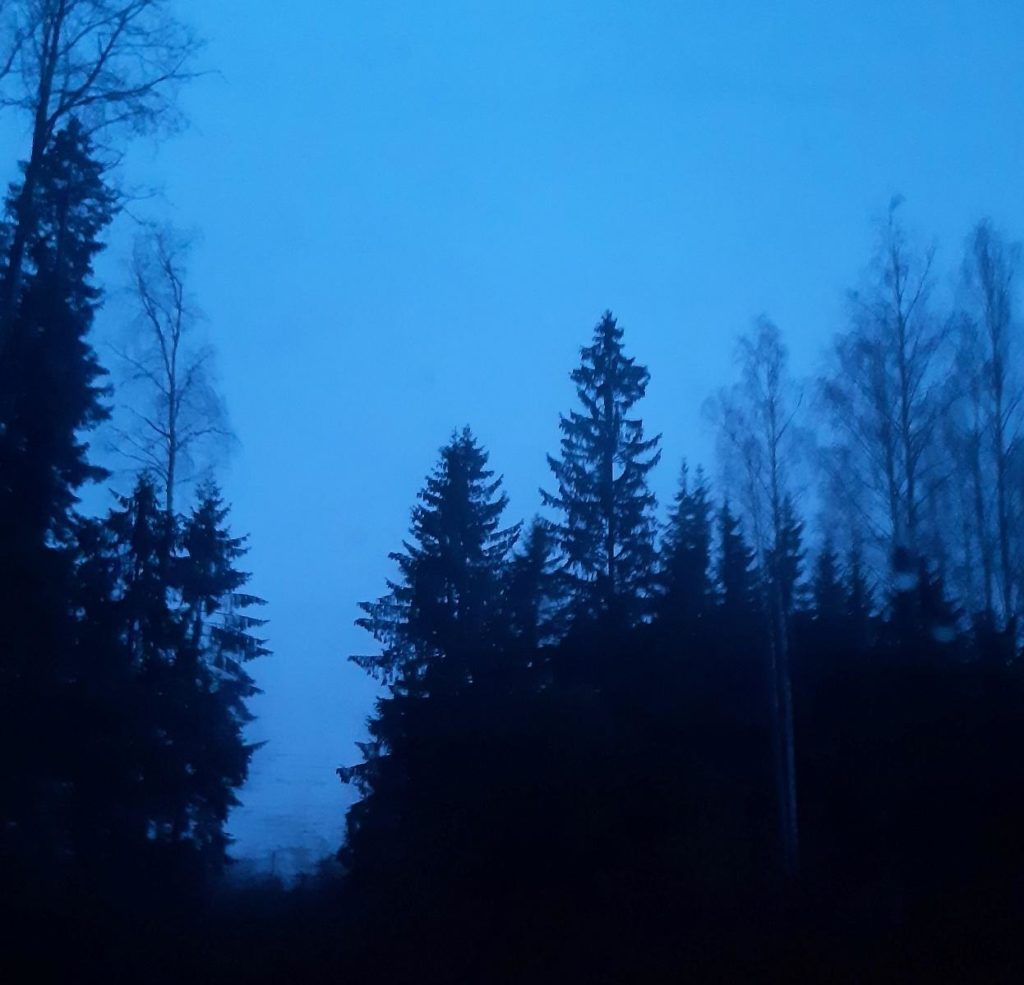 Before reaching the final station, we stopped in Stameriene, Kalmiene, Paparde and Umernieki, small stations with a specific atmosphere of old tsar Russia times. In Aluksne we got out for half an hour to walk around and peek into the station building with an exhibition covering the history of the narrow-gauge railway. While most passengers stayed in Aluksne, we took the train back to Gulbene. Unlike before, our return was silent, the only sound one could hear was the train rushing through the forests slowly waning in early twilight falling upon us, from time to time interrupted by steam full of sparks. We felt them still on the way back to Tallinn, our hearts pleasantly drunk from the excellent trip. 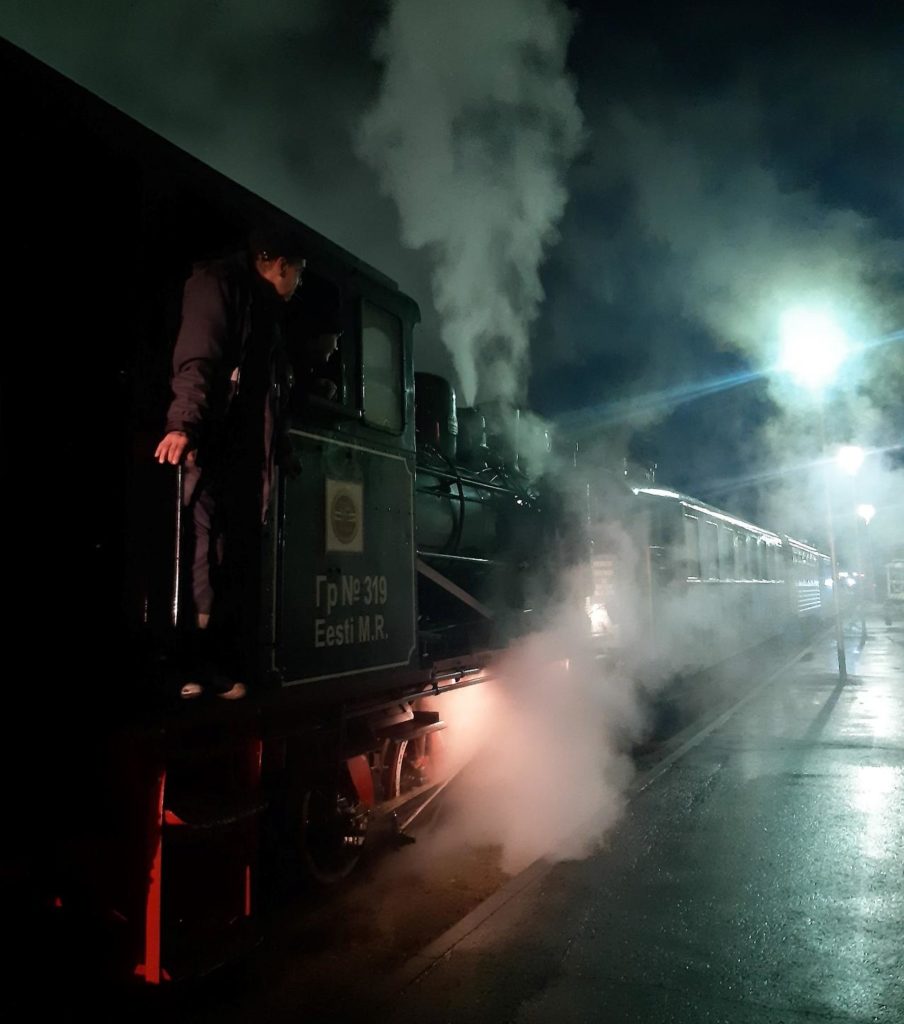 May this be to more sparks in travellers’ hearts! And how about you? Isn’t it high time to ignite yours?