Woken up too early one morning by sunshine stronger than is usual in Estonia, I took it as a sign to sneak out of the house still deep asleep and set off on a trip. I decided to explore what lies beyond a lake, which spreads at the southern border of the capital. The lake Ülemiste.

I have already wandered around a few times but never reached the other side, and that day, the time came to do so.

Taking a forest path alongside a highway leading to Saint Petersburg, I met only a handful of tireless morning runners but except for them, I could enjoy the magic of nature coming alive by myself. Further on, I sat down on a tree stump to have a breakfast and listen to all the chirping and sprouting and blooming. After all, spring reached the North as well. 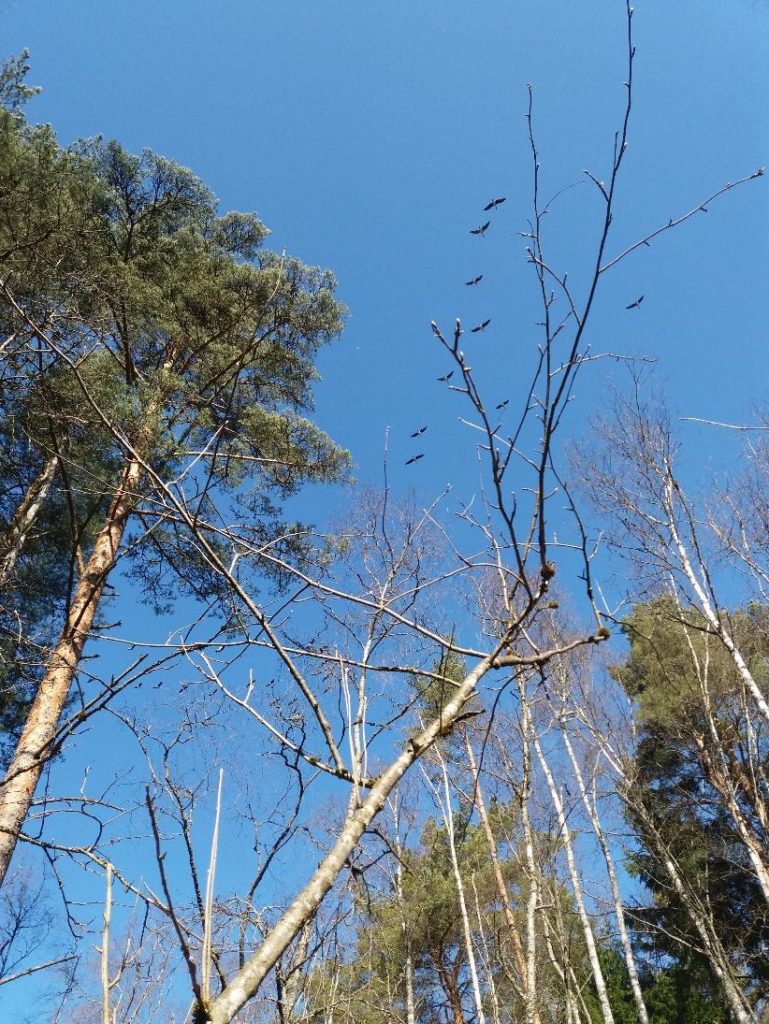 Most of the lake is fenced off, as it is part of the drinking water system, which supplies Tallinn, but at several points, the fence is missing and allows one to get very close to the shore. However, such turn-offs can be tricky. The closer you get, the damper the ground under your feet becomes, until you have to jump over swampy puddles and climb on logs of fallen birches not to sink in their mud. Apparently, the lake doesn’t have finite shorelines but rather flows out into the woods around. In that sense, the fence protects not only the lake from its nosy visitors but also the visitors from the capricious lake. 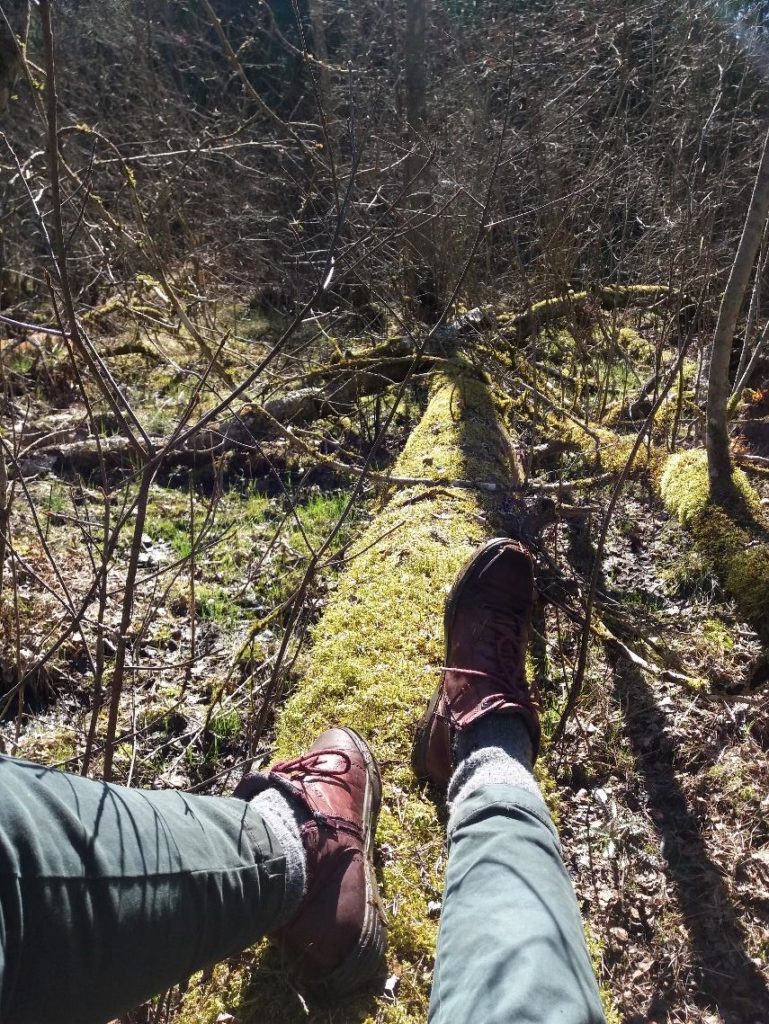 Having reached the furthermost side, I arrived at a dead-end crossroads. On the left, my way ended with the protective fence, in front of me with a river stream, and on the right with a creek flowing into the river. Determined not to return, I looked for ways to cross the creek. At first, it looked too wide to be jumped over but at last, I found a handy stone and got to the other bank where I frightened away a little fox cub from thick undergrowth. There I got lost in the wild for some time, soaking up the sunshine and wading through birch forests with no direction. 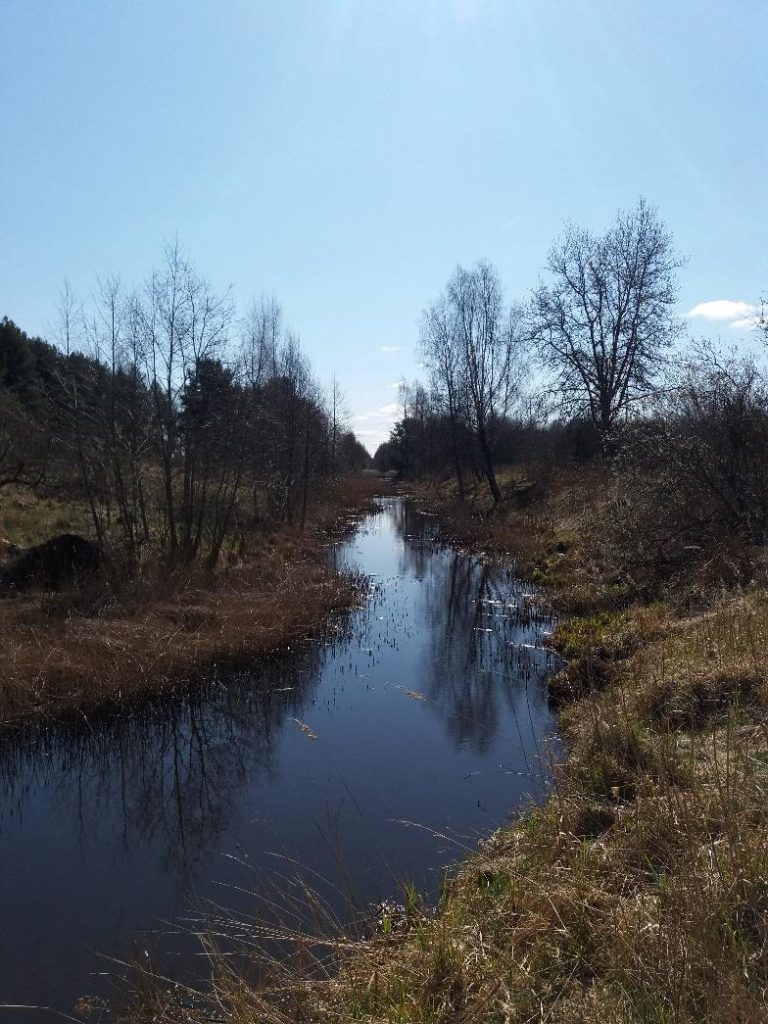 Once back on track, I met a few more adventurous souls who couldn’t resist the springy weather either. Among them a local family that warned me against ‘harilik rästik’, the only poisonous snake in Estonia. According to them, those were the days when all such vermin comes out to sunbath. As we talked, one actually appeared nearby to confirm that they were right, and since then, I came across six more.

I continued further until I reached a shore of another lake. Later I learnt it was Raku järv. There I found a flock of swans that hissed me away, slowly back to Tallinn. Heading there, I ended up in a small village called Järveküla that reminded me of “Spectre”, an abandoned ghost town from Tim Burton’s Big Fish. Walking through the place, I saw no sign of life, and what’s more, having translated what was written on their entrance board, I found out that I had walked into the village from a direction, which it is forbidden to take.

Around twilight, I came back home with my feet sore and stomach empty but with pockets full of sunshine and little adventures to remember. And I guess that’s what counts at the end of the day.

May this be to more sunshine and more adventurers released outside soon!

This article was written by Míša Dlouhá