Haven’t we all at some point wanted to be part of one of those beautiful medieval tales? Be a knight on the court of King Arthur, fight other knights, even dragons. Legends have been instilling certain hope and definitely a lot of imagination in kids for centuries. So many centuries in fact, that some of those legends have turned into history. That’s the case with King Arthur’s round table, which you can visit in the Great Hall of Winchester, United Kingdom.

The Great Hall, the only standing remains of Winchester’s Castle, is a 13th Century hall that was the centre of the court and government of England when Winchester was still the capital of the country. 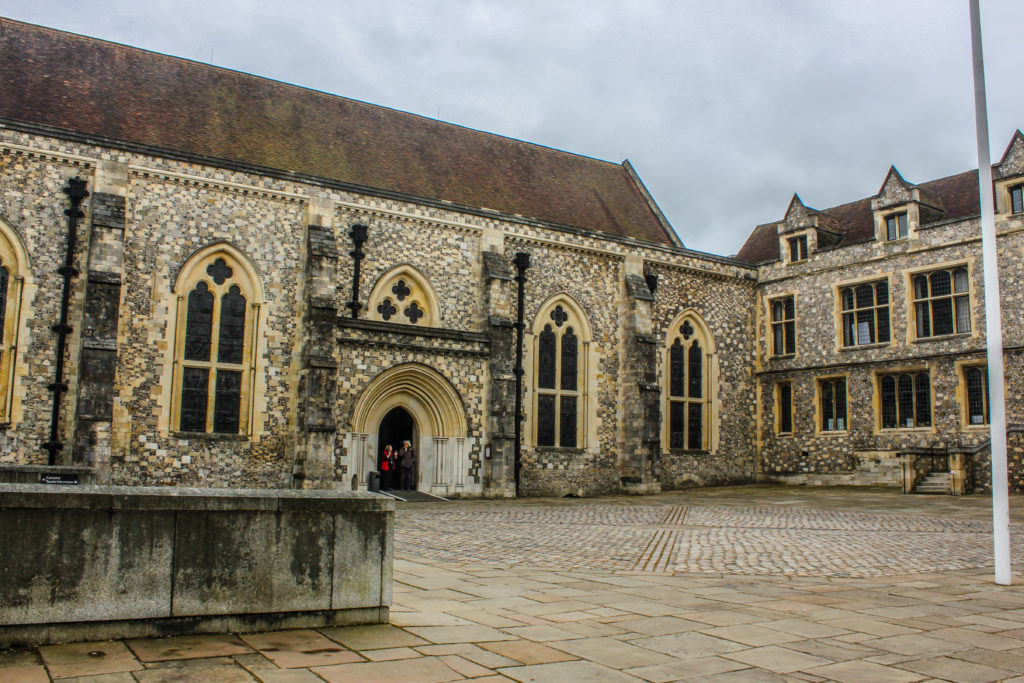 But, why is the round table of a fictional king standing on one of its walls? Well, in medieval times the tales of King Arthur were already popular and Round Table tournaments were commonly held on the court of king Edward I, an Arthurian enthusiast who was king of England between 1272 and 1307.

He was in charge of hosting a Round Table in 1299, and that’s probably when this beautifully decorated wooden table was created. A Round Table was a festival that included jousting, dancing and feasting and where some knights would sometimes even assume the identity of one of the members of Arthur’s entourage. Yes, medieval cosplay at its best.

In case you are wondering, the person depicted in the table is not Arthur. I did think it was he when I visited, but turns out Henry VIII of England ordered the painting prior to a visit by Holy Roman Emperor Charles V. It’s Henry the one sitting above the Tudor rose in Arthur’s seat.

That being said, you can identify the names of Sir Lancelot, Sir Archibald and the rest of the knights of King Arthur.

How awesome it is when history and legend mix together to let imagination run free? How many more tales are out there that we believe real and how much reality is hidden behind the myths and cultures of different lands?