Between 2011 and 2012 I lived in the East of Hungary for about half a year. More precisely in Debrecen, the second biggest town of the country, but quite insignificant in size compared to Budapest. While living there, I was often confronted with the same question: “Why did you come here? You are in the big Hungarian plain, there is nothing here.”

For locals, the largest plain in Europe has no charm, not even the National Park of Hortobágy, 730 square kilometres of nothing -as the locals would say-. And yet, this nothing is considered UNESCO world heritage. Confronted with the opinion and the locals and the fact that UNESCO probably had some reason to give said denomination to this land, I embarked on a 40 minute bus trip from Debrecen in search of my own opinion.

Rightly, the first impression was not too optimistic. In fact, the first word I scribbled in my notebook after making it to the park domains was “bleak”. The strong light coming from the late October sun could not hide the cold feeling evoked by this place; and the autumn auburn and gamboge tones of the grass made it impossible for me to relate to the words of the Hungarian poet Sándor Petőfi, who compared this place with the sea: “unlimited and green”.

Behind the bleakness, I could feel the presence of some charm, a charm that, without a doubt, was not exclusive to Kilenclyukú híd, a stone bridge with nine arches that is the highlight of most visits to Hortobágy according to the few material you can find on this area on the Internet. The bridge, was just a bridge after all, and I was in search for something more. Something hidden that I would happen to find thanks to a horse driven carriage that took me to the heart of Hortobágy. 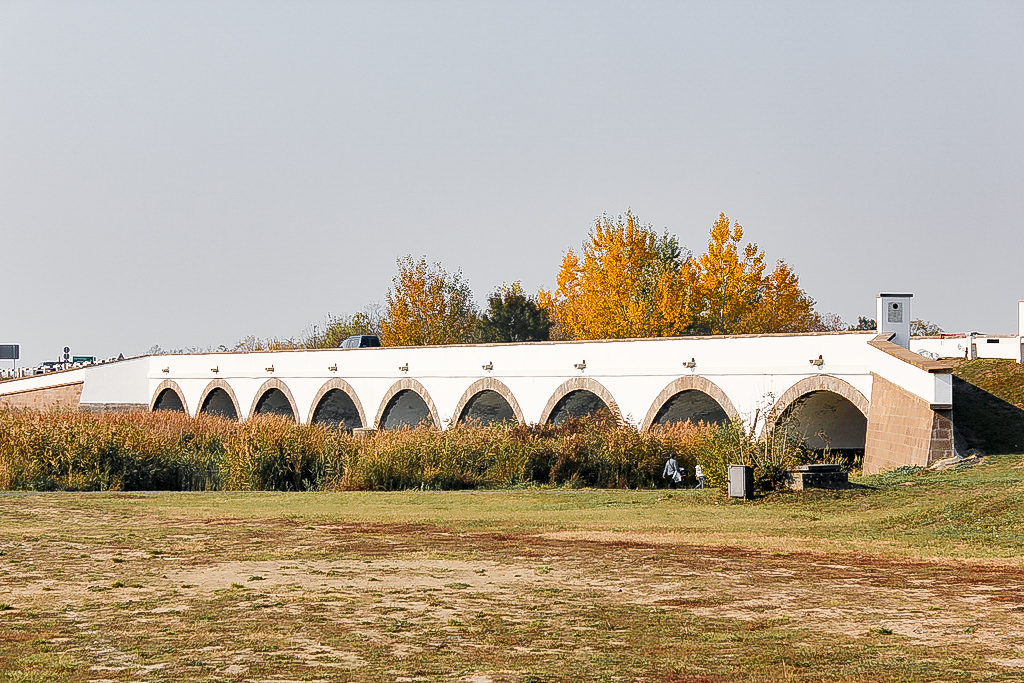 It was by chance that I found this carriage, the chance that made me meet the night before a girl who was a bird caretaker in Hortobágy. She was the one who mentioned this vehicle. Two horses ran this green carriage and István, a friendly gipsy with no English and basic German, took us in this adventure. Here, is nothing on its own that becomes the cradle of a whole civilisation and a fauna very particular. 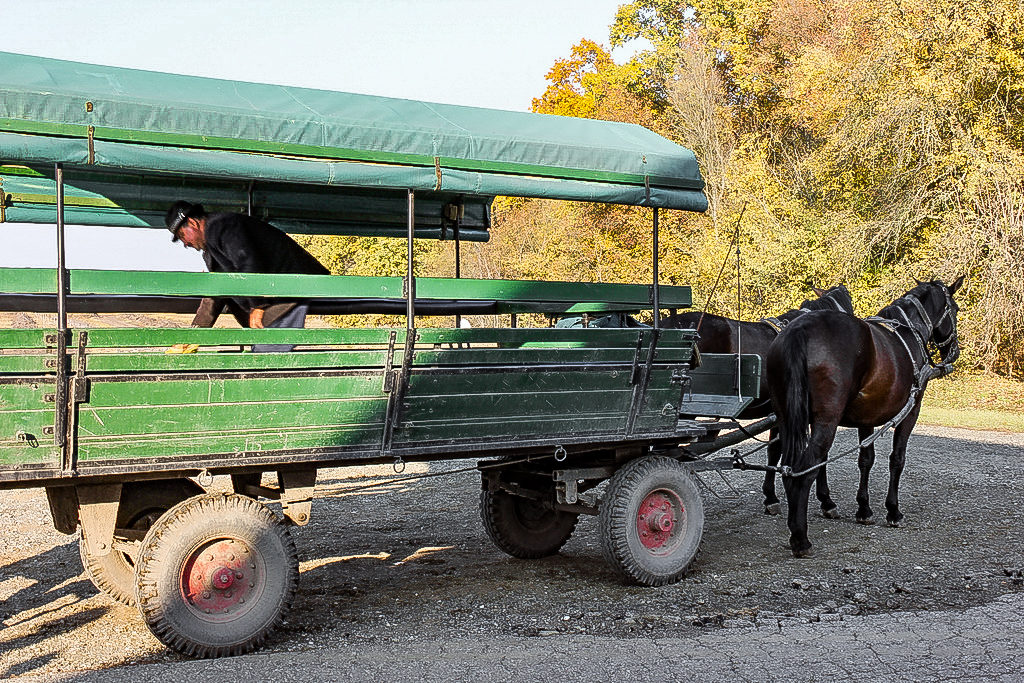 It’s not only those who love bird watching that can enjoy the fauna in Hortobágy. There are several animals, almost primitive, that are exclusive to this park and that we could sightsee. Pigs with the hair of sheep, cows with humongous horns, sheep with twisted horns and delightful horses mounted skilfully by traditionally dressed riders. 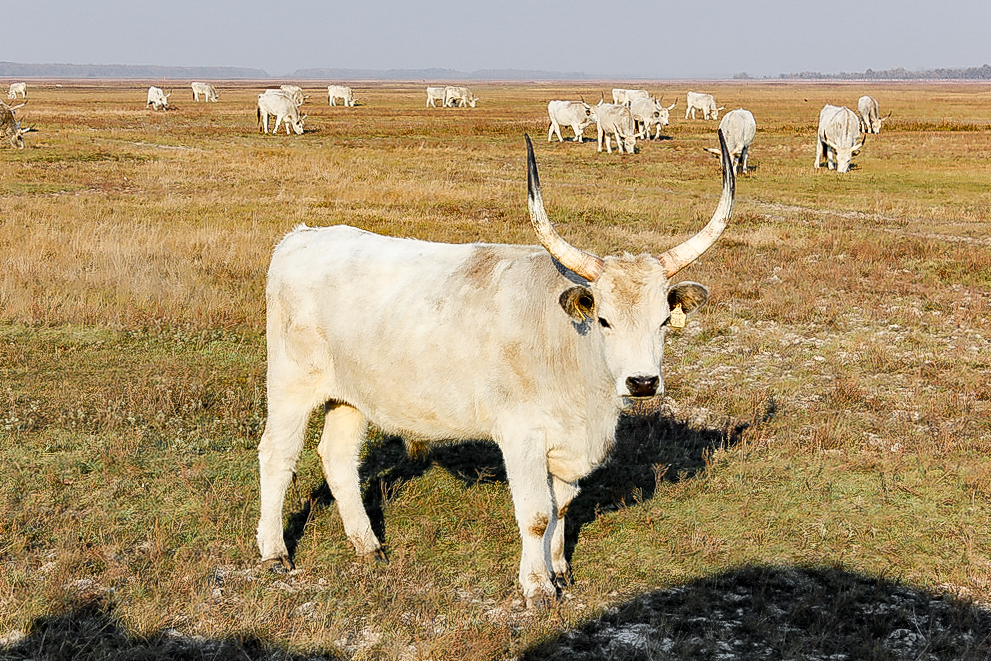 What an impressive way of controlling an animal this riders have! How to explain the feeling of seeing someone standing on two horses at the same time, one feet on each, while they ride at high speed a group of up to five horses. It felt like I was in the Mongolian tundra. Probably also because the traditional homes that you can find scattered on the big plain, the gear of the riders, and the cold atmosphere, reminds me of the tundra. 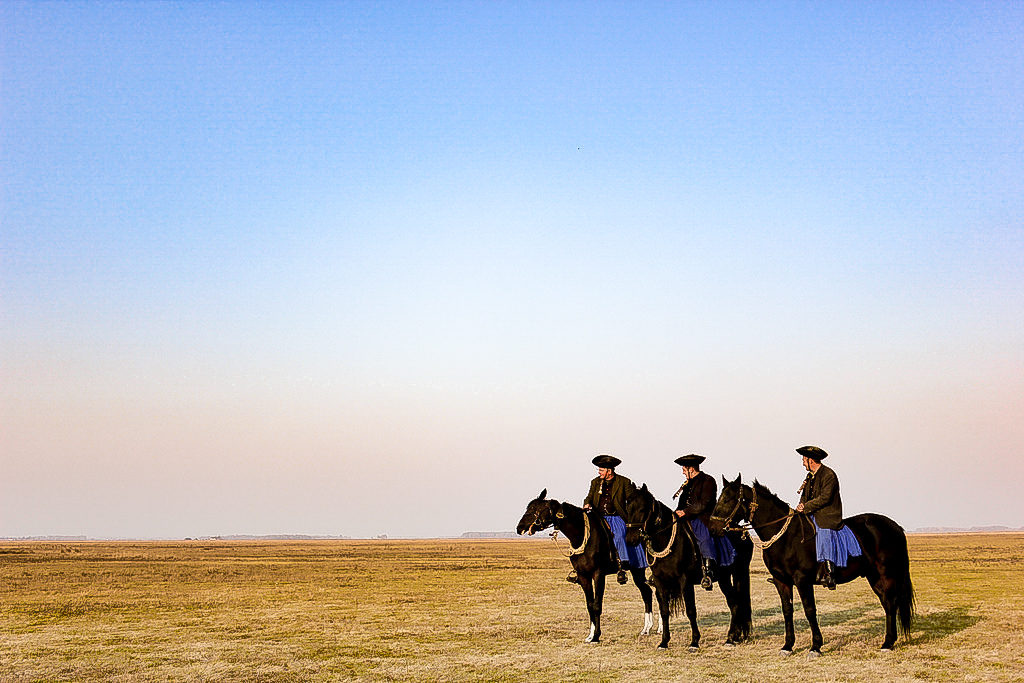 So, what did I learn from my visit to Hortobágy? That “nothing” is sometimes the most revealing and enlightening experience.