Living in Tallinn, Estonia can be quite wrecking. Unknowingly, I needed a change of environment to free myself from the imprisonment of routine and fast paced city life. Then one day, a friend called Livijus, came up to me and offered an idea. Since he has a treehouse in Kasongan village on East-Java island in Indonesia. He offered me to go and live there. At that moment I realised, I need a drastic change of environment. Conditions so different from my usual routine, that it would change the way I perceive the world around me and myself in it. My purpose was to travel, experience, get to know the better side of myself. Because a lot of it just felt right, so I said yes.

So I took him up on that offer. I bought a plane ticket to Thailand, in a cold winter night in Estonia. Eventually, I ended up missing that flight out of pure stupidity and everything around me crumbled. So again, I realised how much I needed to travel. That week I worked and worked to afford a new ticket. So 10 days after missing my flight i had a new ticket and an already packed backpack. 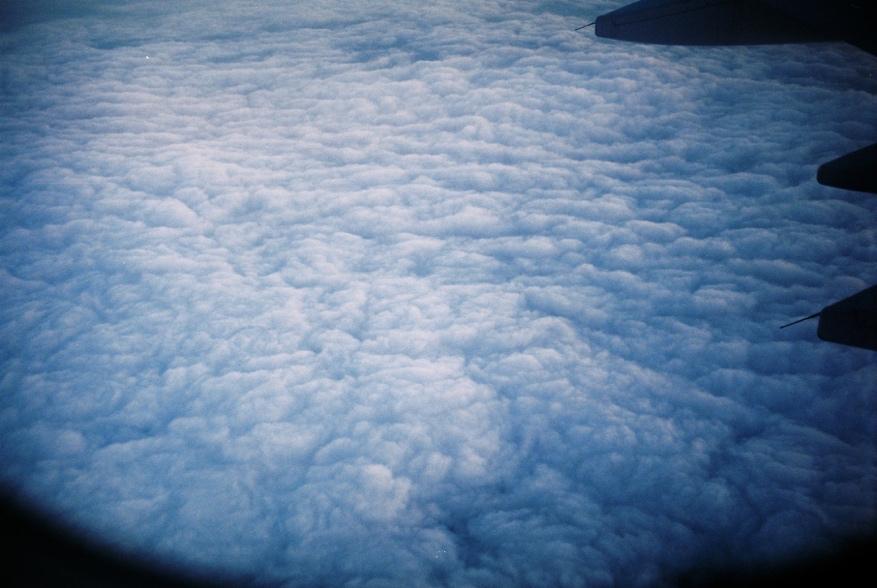 After my flights, which seemed like eternity, I landed in Bangkok. Sat down on a sidewalk, scared, excited, happy, a bit lost and had a purpose of finding my way to Indonesia.

I put on my backpack and find my way to a coffee-place. I needed to get from Thailand to Malaysia to Indonesia with minimum cost. Not many people speak english in Thailand, so I find my way to the closest train station, sign language myself a ticket to the furthest point from where I am. After a short wait and a little shopping I get on the train which leads a 20 hour train ride across the Thai-Malay border and down towards the middle of Malaysia. 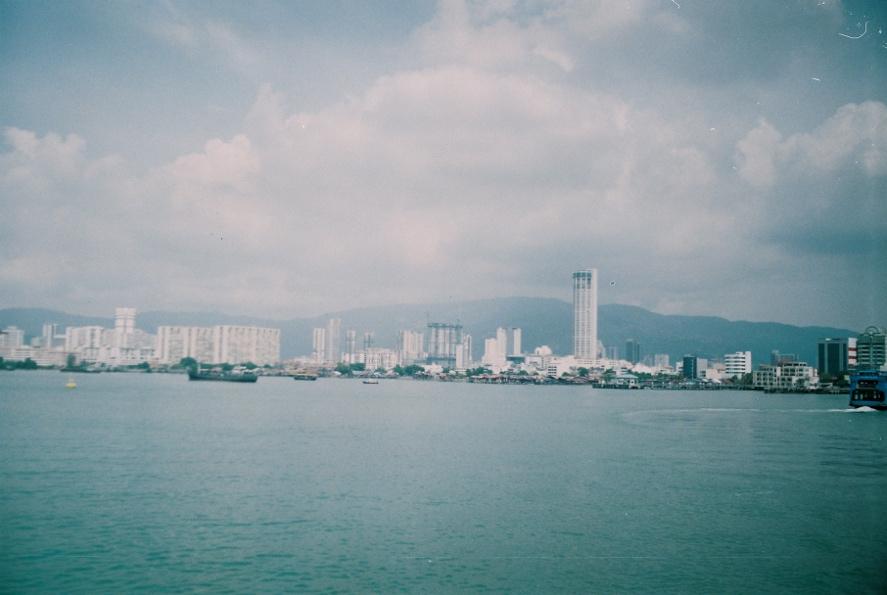 As said before not many people speak english in Thailand. But to my surprise, i was sitting on the train, a man sits in front of me. He gives me a bit of a funny look and starts talking, he speaks perfect english !

Turns out he had been an english teacher for 13 years. We proceed to have a long conversation, starting with introducing ourselves shortly. Pretty fast we already talked about travel, life, religion, spirituality, purpose, teaching and many topics. Along the train ride, we moved to the restaurant part of the train. There we had a cup of hot chocolate and me a few cigarettes.

Chaiwit is a wise man, we talked for hours and hours. He had different knowledge oozing out of him. Without a second though he started telling me what I will be facing, which to my diary I noted as “Word of Chaiwit”.

“On your travels, Henri. You will go to temples, talk to monks and pray, they will give you charm which can and will guide your life”.

After those words, I passed the City of Kings, followed by the City of Diamonds, I no-more felt lost, I had a path to follow, my path.

My stay in Malaysia

My stay in Malaysia was short, enlightening me more and more about the life that awaits me in Indonesia. I ended up going to Malaysia 3 times just to renew my Indonesian visa. 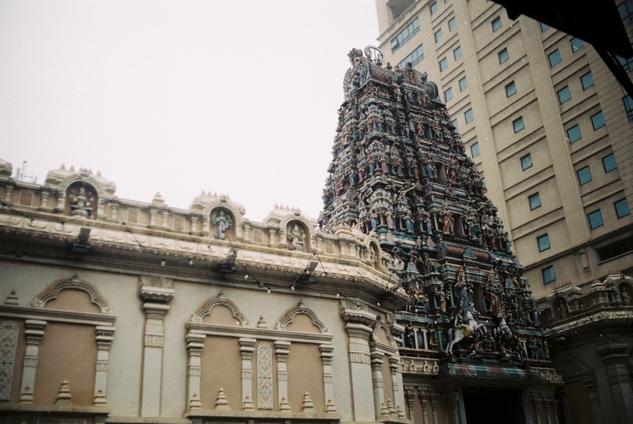 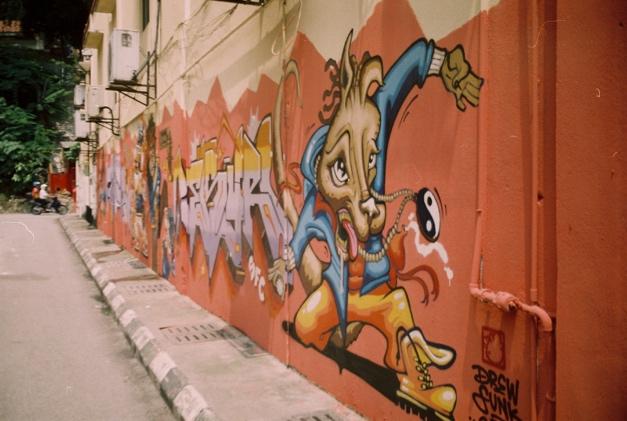 Arriving in Java, My life in Java

On my day of arrival, I landed in Yogyakarta airport. I was conveniently picked up by an arranged car driver, named Mas Miro who took me to a place called Stonehouse Guesthouse. Shortly I met the owner of the guesthouse, Ibrahim. His daughters and his lovely wife who help him run a little restaurant inside the guesthouse, showed me around. I took myself a room for a month, I even got a choice which one I would like and I was settled.

The first month and a half, I struggled, struggled to acclimatise with the tropical weather for one and to be above the thinking and behaving, of what I wanted to change. To be and think differently.

Being there offered me full creative freedom, free from any worries that I had faced beforehand in my writing, photography and over all creativity, life seemed simpler. I discovered new and more fulfilling ways to approach these creative processes for myself.

I had food, shelter, clothes and medicine, which by the words of my friend Chaiwit, these are the only things a person needs to survive. I was just where I needed to be in a time in my life whereas these discoveries I made about myself being a young adult, were internally groundbreaking, taking down walls of fear and the shaping of my personality, as an individual started happening.

It was time to not only survive but to move one step further, it was time to fully live! Black sand beaches, long walks and talks between the rice fields, art exhibitions, nature-made swimming pools, temples, a lot of students of South Yogyakarta University and foreigners with whom to have lively conversations with every single day.

I lived in Stonehouse Guesthouse for 2 months. My upstairs neighbour being a German who was playing Gamelan music every morning. Next door neighbour a local architect, and the one next to him a Sumatran girl with her foot in the door in advertising. All of the people were fascinated with my travels, why am I here and where will I be going next. 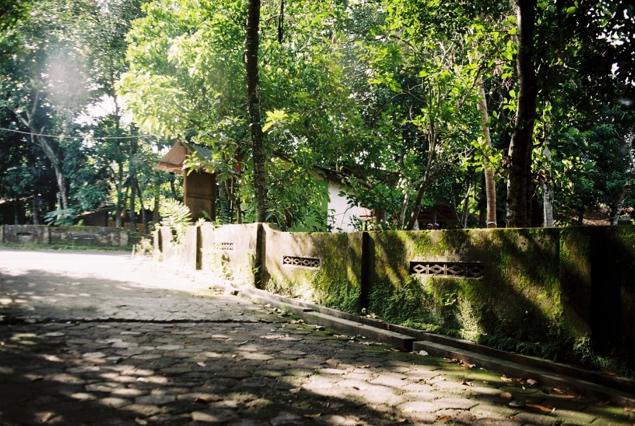 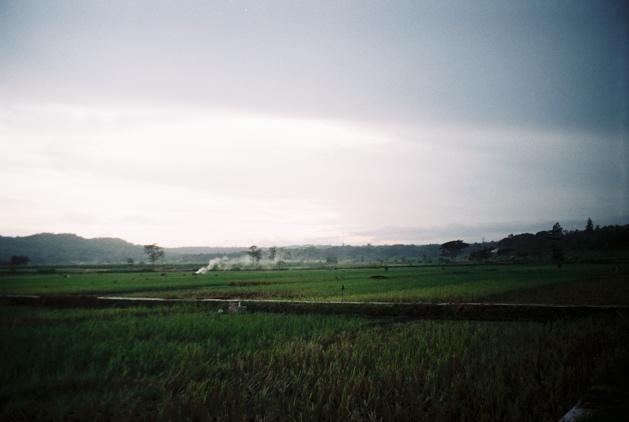 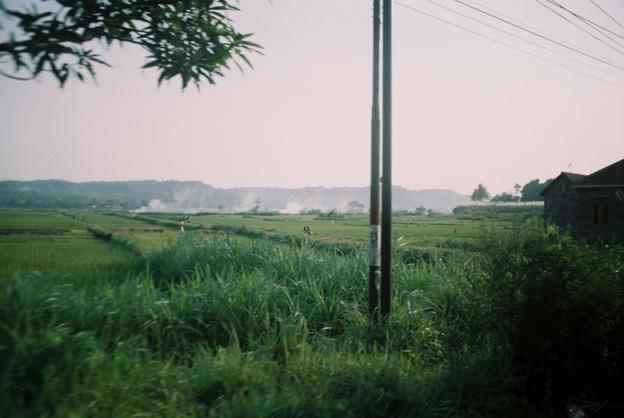 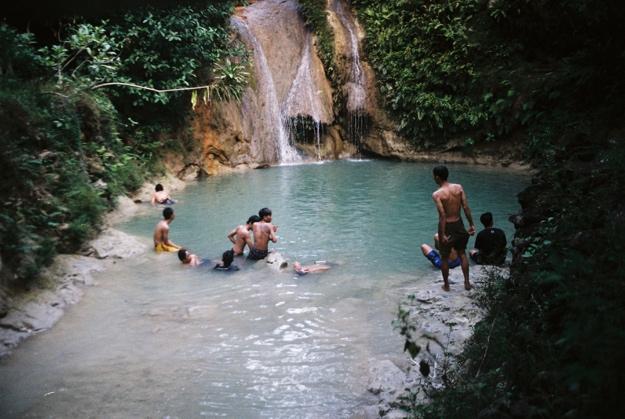 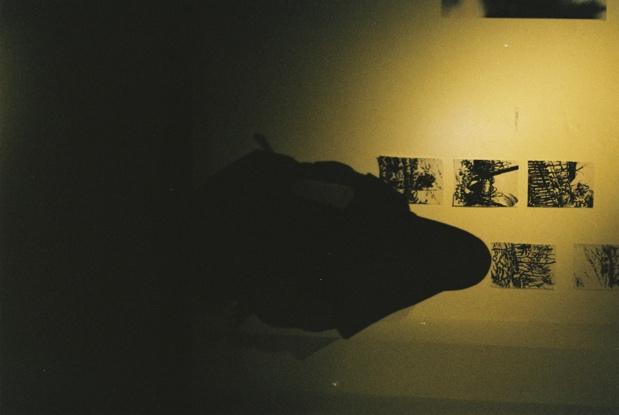 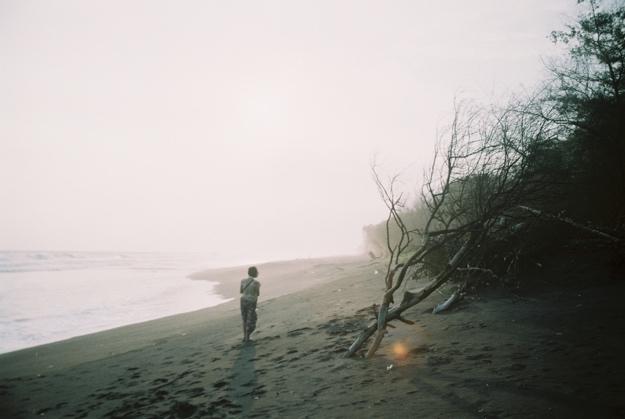 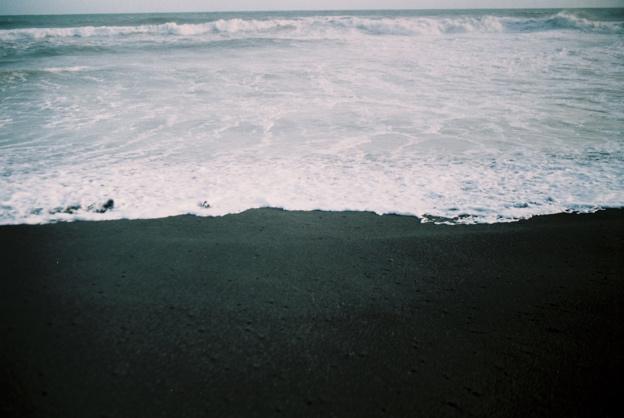 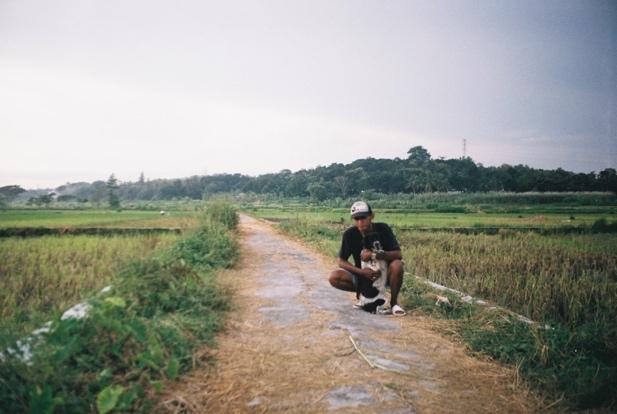 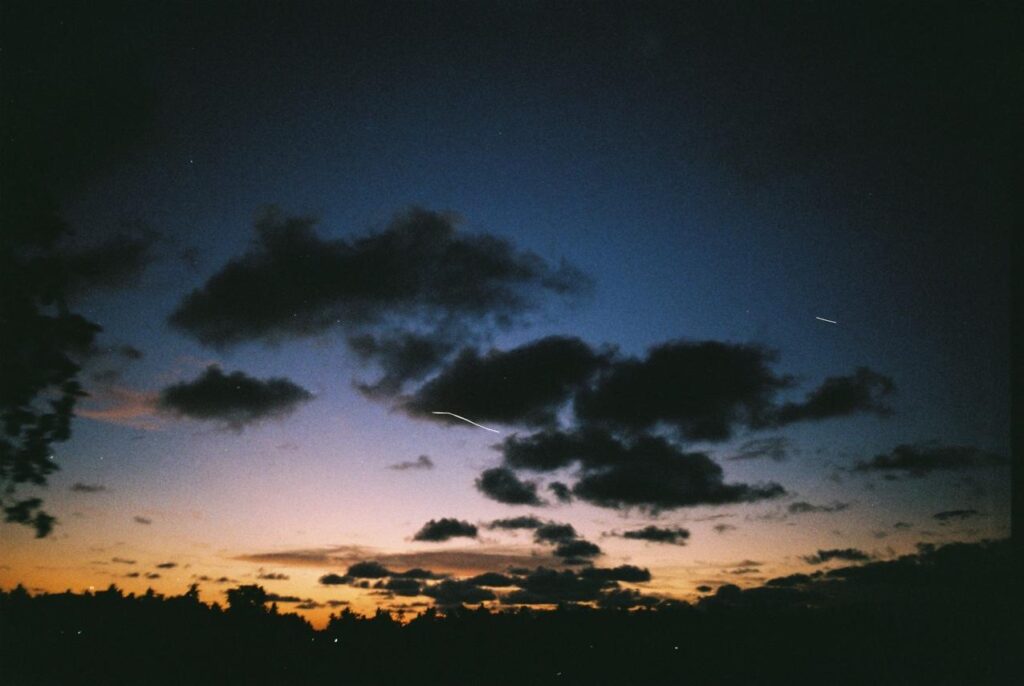 After these two months in Stonehouse, I moved to the other side of Kasongan village to a private treehouse owned by my inspiration to come to this travel, my friend Livijus. Day by day I was meeting new people, living through every conversation, encounter and experience with more and more understanding.

A coincidence brought me to a group of people, who had so intimately bonded over the years of living together that they called themselves a tribe, Nusantara tribe- in translation “Nusantara” means a collection of islands, such as Indonesia. They took me as one of their own and introduced me to a psy-trance festival they are organising, in a place called Eloprogo. A place which is on the bank of two rivers: Elo- being the calmer, quieter and slower one and Progo- a furious stream with rapids and fast moving water. This place was where the two rivers met and turned into one. 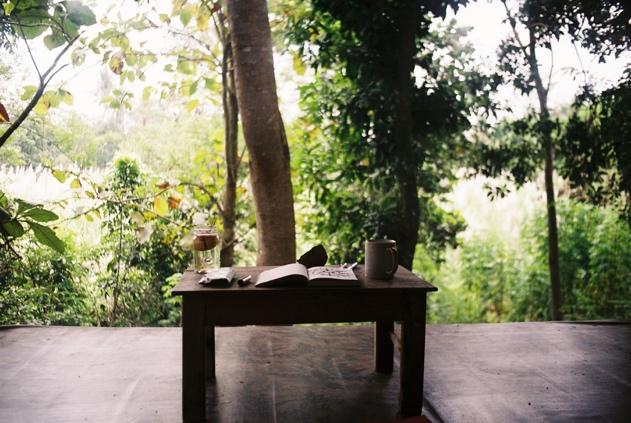 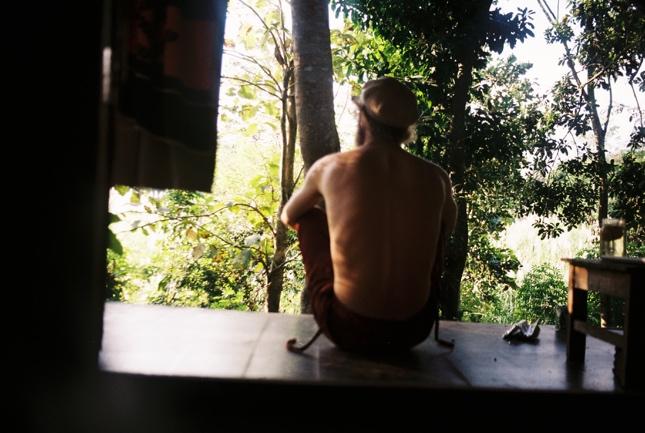 The first morning of the festival I arrived to the place on the night before, I took a walk to photograph the stunning place I am in. I saw a man sitting on the terrace of a house. He has long nails and a beard. By then I figured out that these certain characteristics to a person means that he is a priest, healer or a wise person.

So without a single doubt I approached him. He introduced himself as Soni. He is a sculptor, painter and a builder who had made art, all around the property in the course of 30 years. We formed an instant connection. He shared his life’s story with me, openly we talked about- Love, compassion, art, hard work, destiny…

Soni showed me around his home like I was a long time friend. He had bought the land and built it up with his wife. From sculpture to sculpture which he had made with his own hands, art piece to art piece which he had painted through his own vision, it became clearer to me that he has something to say, like Chaiwit did. After the tour was over, we prayed in the centre of a mandala he had built from stones and travelled to the bank of the river, more importantly to the place where the two rivers meet. We sat there silently, having talked and walked a morning into noon. Then he finally said-

“You know Henri, two rivers like this, one is calm and the other raging. Them turning into one, is a destiny we all beings share.” 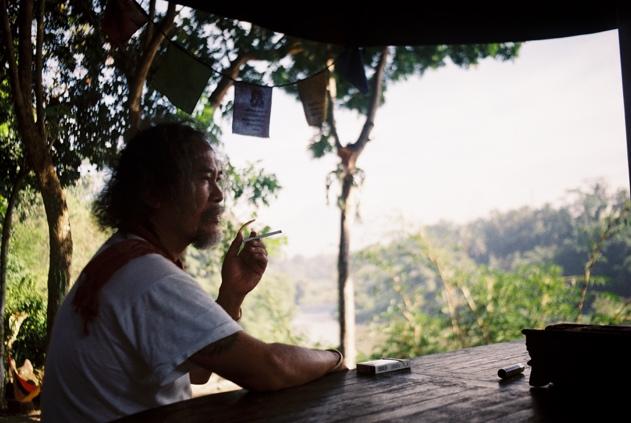 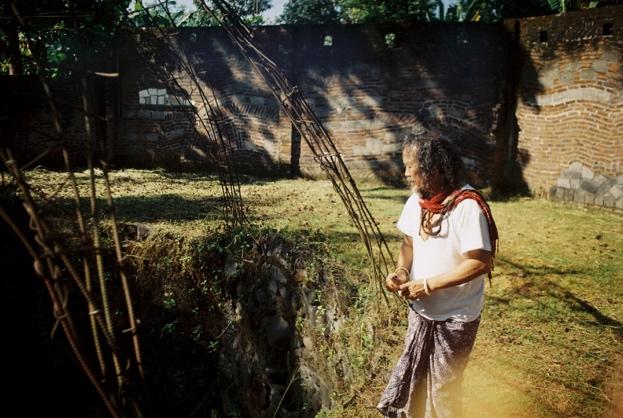 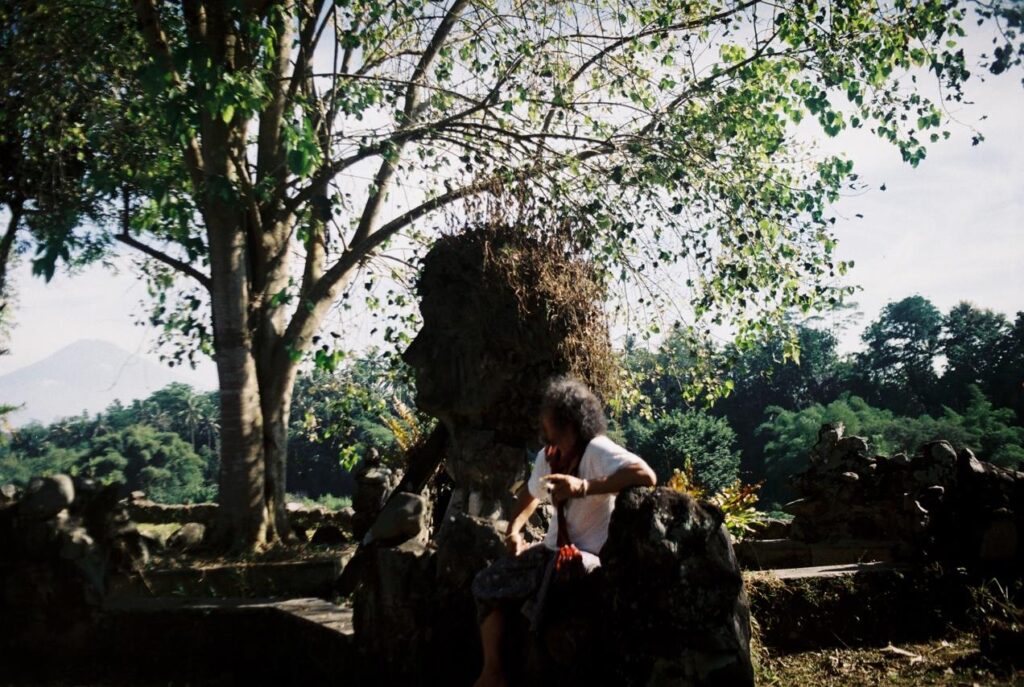 It was a 3 day festival, each day filled with workshops, meditations and collective dance circles. Music, love, laughter and sense of presence from each individual there.

Everybody had left on the morning of day 4. Then began day 4 for us. So we- the organisers and musicians, cooked a ton of food, laid down handpicked and washed banana leaves, put the food on there.

Everybody sat around and we ate, with our hands, on the ground, listening to a lecture of life experiences from Soni. A whole day and night of dancing, talking, drinking and tattooing as funny as it sounds. At 5 o’clock the next day we had to stop the music, out of respect to the Muslims who started their first of 5 prayers that day. 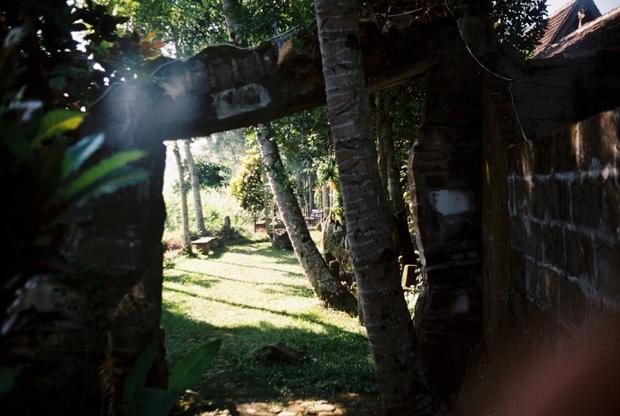 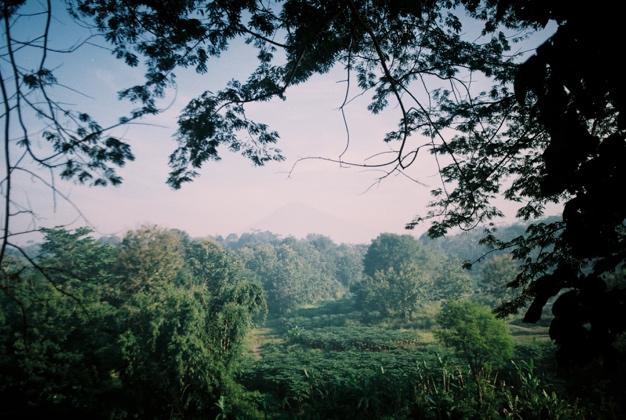 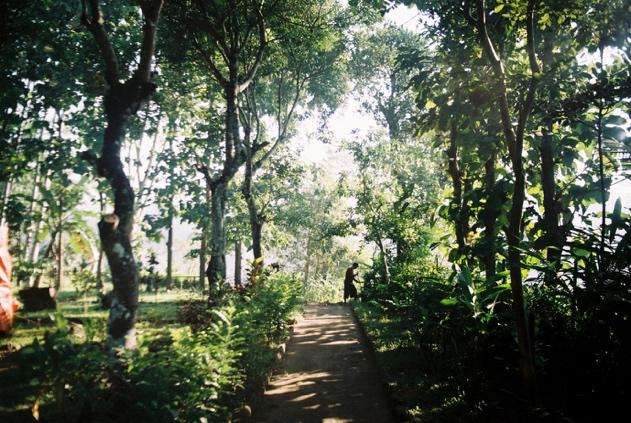 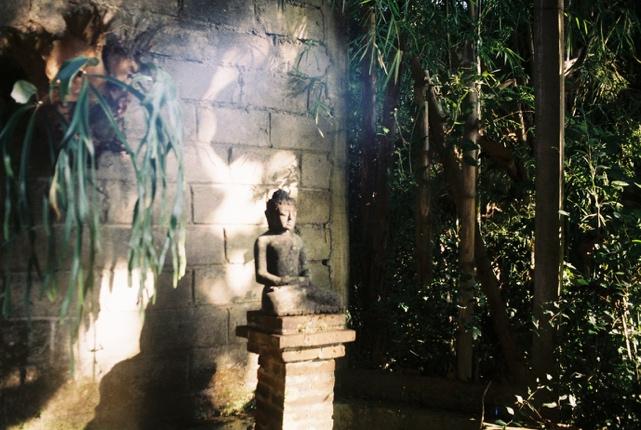 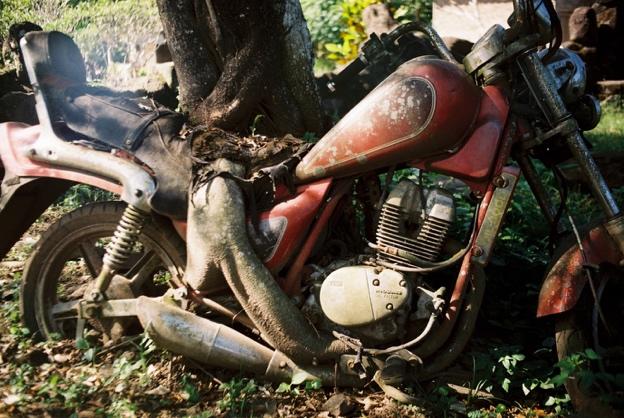 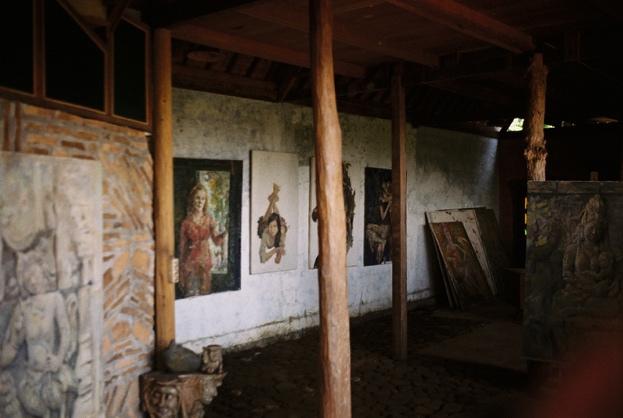 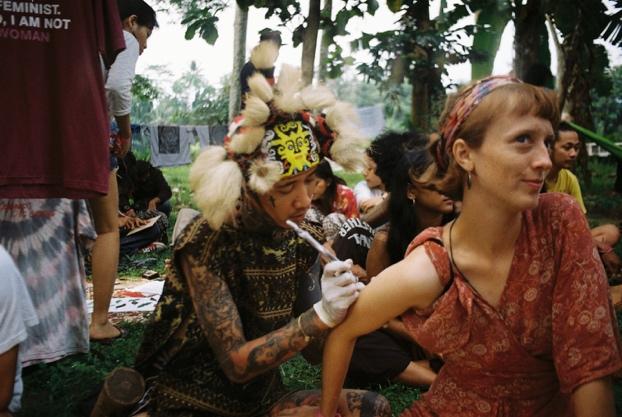 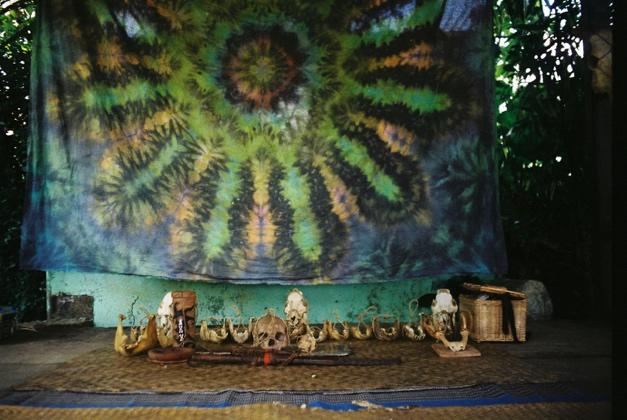 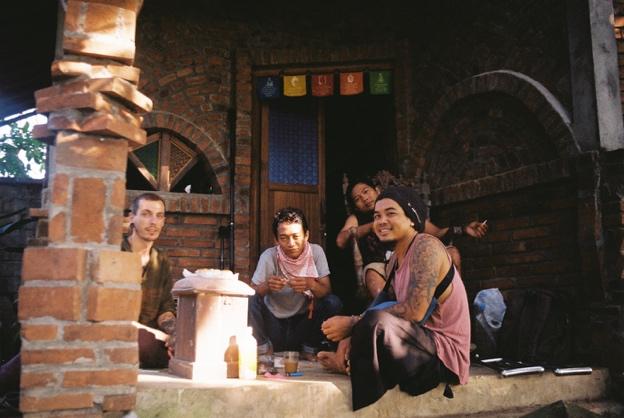 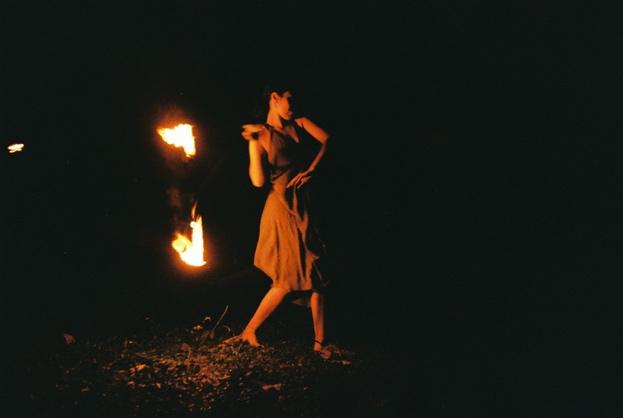 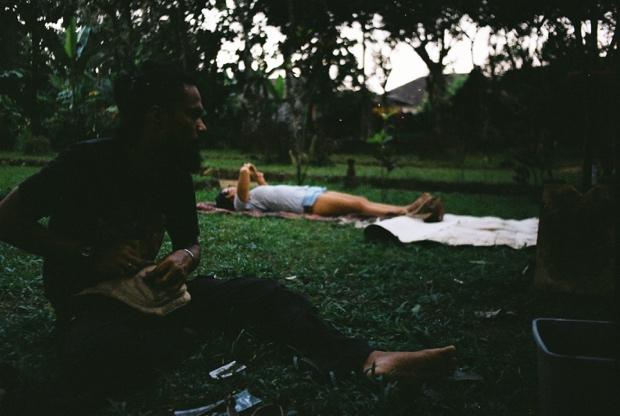 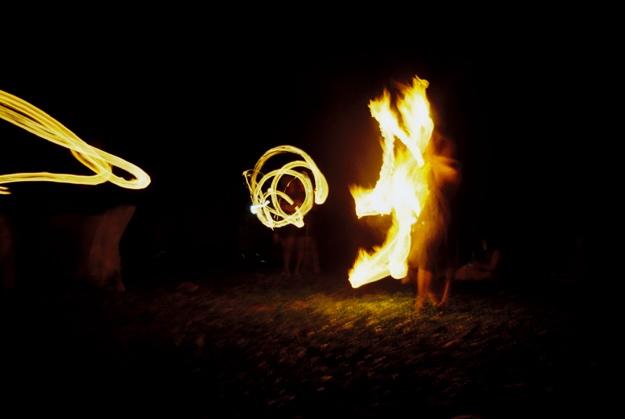 So we went swimming at sunrise into the river Eloprogo.

After which I had a revelating meditation, which made me understand the words of Chaiwit and Soni and my purpose on this travel.

I needed to go to Bali. Without a single doubt, I invited my dad to visit me in Yogya, and a few days of showing him around, we were off to Bali.

This article was written by our member Henri Künnap.