In 1938, while Europe was getting ready, without knowing it, for the start of World Wide Two, in a still independent Estonia (close to reaching 20 years of independence) opened the male prison of Murru, just 50 km away from Tallinn.

Next to the prison, a sandstone quarry would be used to keep the prisoners busy for decades while an annex prison called Rummu opened in the sixties. These two prisons, a nightmare for a dyslexic, would be joint together not too long before closing.

Murru’s prison would be closed completely in 2012. It was a step more into Estonia’s European Union affairs. The prisons in Estonia didn’t meet the standards so they had to go. 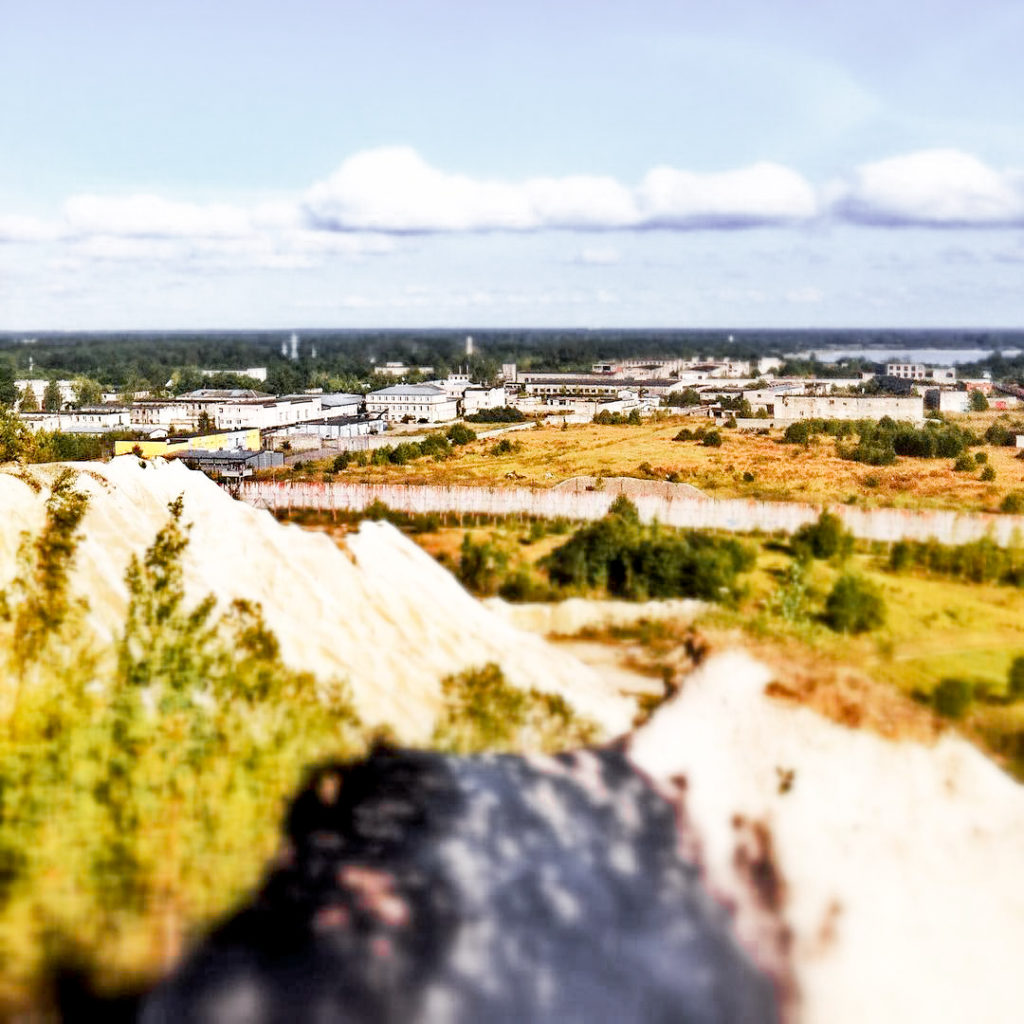 The prisoners in Murru were probably sent to Tartu Central, the main prison in the country, while the pumps that leaked the water in the lagoon formed by the quarry stopped, flooding the area and leaving it as it looks today.

The last person to leave the prison, to put the lock on, could never imagine that the best moments in Rummu were still to come. Something that wasn’t too difficult either, considering I’m talking about a prison. When the electricity was cut and the water started emerging without opposition, it left the remainders of the quarry buildings under water. 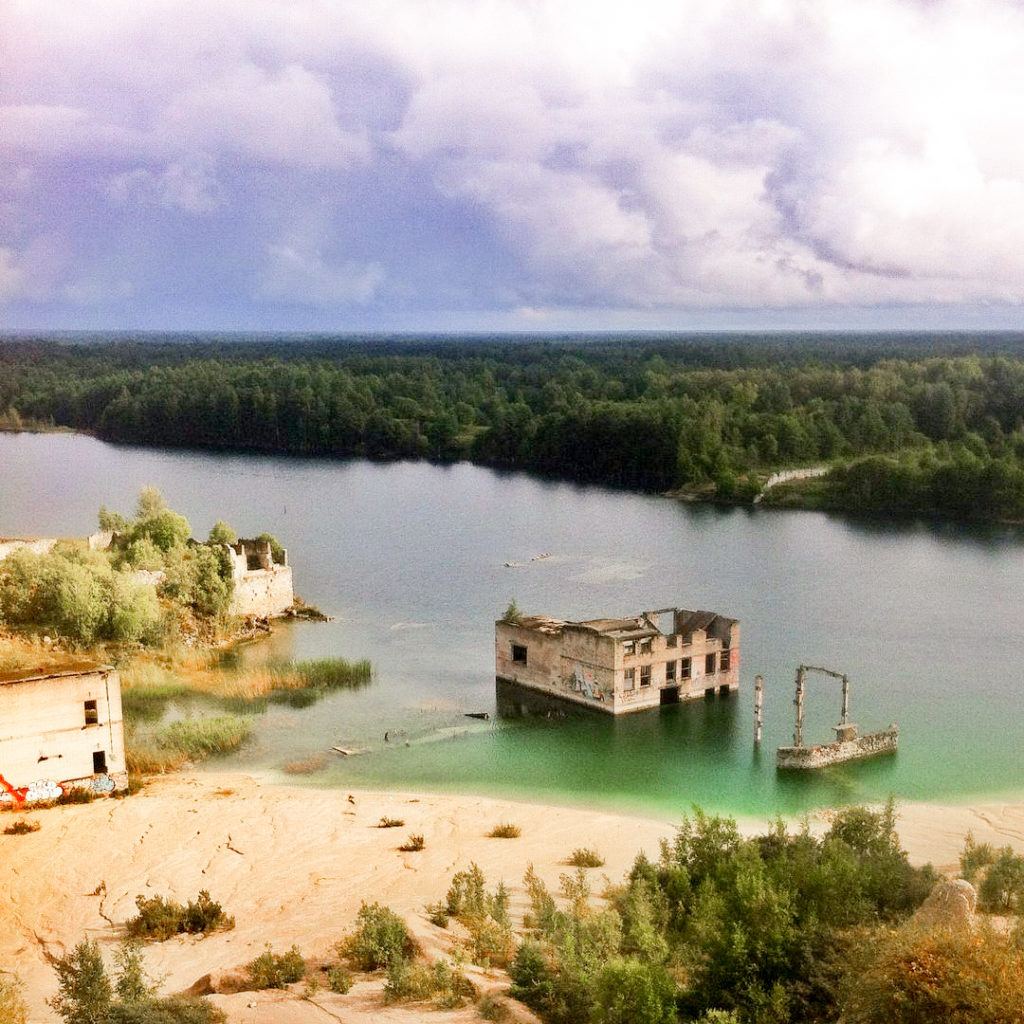 The hill formed by the excavation has suffered the wind, water and snow erosion that easily modifies the aspect of sandstone. Thus, the sharp-edged shapes on the sides of the dunes of this surreal place.

Surreal because it does remind me, somehow, of one of the elements of the acclaimed painting “The Soft Clocks” by Salvador Dalí. 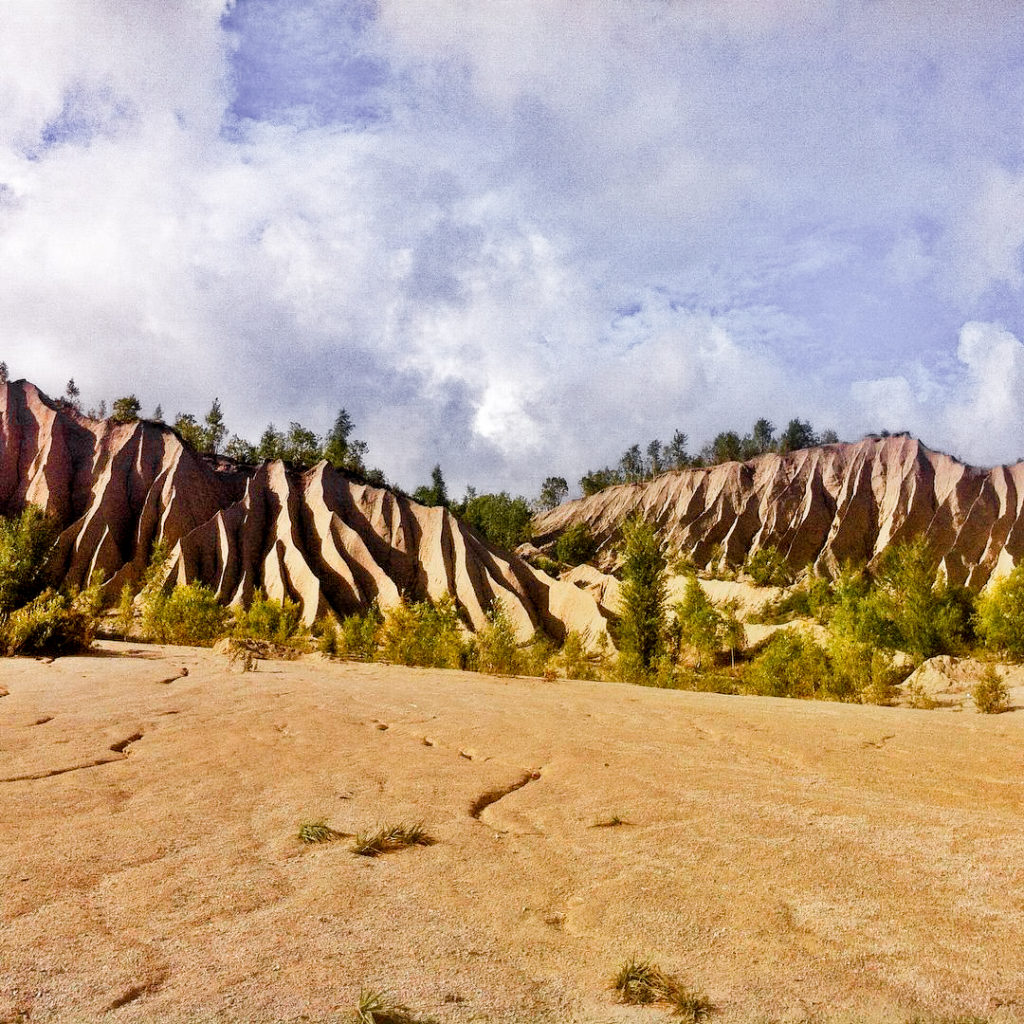